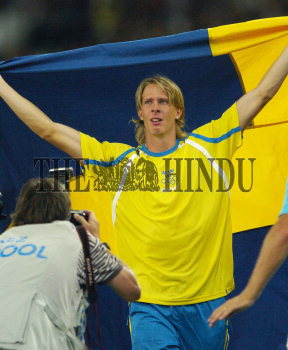 Caption : Christian Olsson of Sweden poses for a photograph with the country flag, after winning the gold in the men's triple jump event in the Olympic Games 2004 in Athens on August 22, 2004. Photo: Vino John