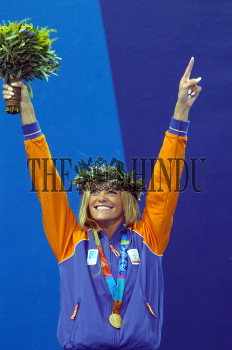 Caption : De Bruijn of NETHERLANDs, who won the gold in the women's 50 m freestyle event finals, during the Olympic Games 2004, in Athens on August 21, 2004. Photo: Vino John