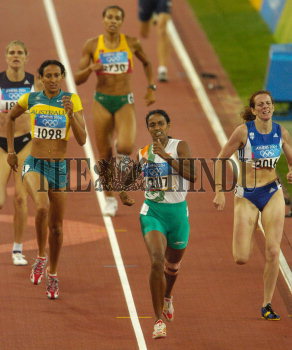 Caption : J.J. Shobha of India finishing the 800 m event in Heptathlon with great strain during the Olympic Games 2004, in Athens on August 21, 2004. Later she was carried away in a stretcher for medical attention. Photo: Vino John