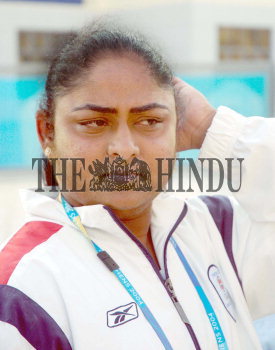 Caption : Indian woman WEIGHTLIFTER Karnam Malleswari looks disappointed, after she injured her back during the 63 kg weightlifting event at the Olympic Games 2004 in Athens on August 18, 2004. Photo: Vino John