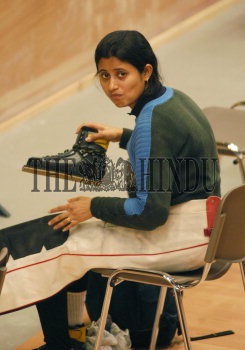 Caption : India's Anjali Bhagwat looks dejected after failing to qualify for the final in the women's 10m air rifle event of the Athens 2004 Olympic games on August 14, 2004. Photo: Vino John