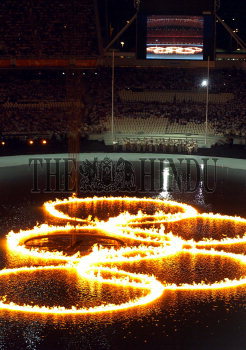 Caption : A fire replicating the five Olympic rings being lit in a pool in the Athens Olympic stadium, during the opening ceremony of Olympic games 2004, at Athens, on August 13, 2004. Photo: Vino John