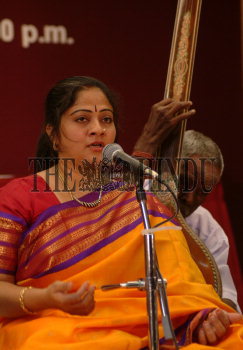 Caption : Vocal recital in progress by Sowmya at the 125th birth anniversary celebrations of Ramana Maharishi, organised by the Ramana Kendra in Coimbatore on August 3, 2004. Photo: K. Ananthan