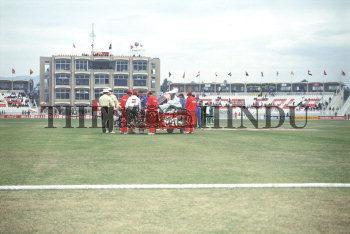 Caption : Umpires and players stand near the Coca Cola drinks van during a World Cup cricket match between England and South Africa at Rawalpindi, Pakistan on February 25, 1996. Photo: N. Sridharan