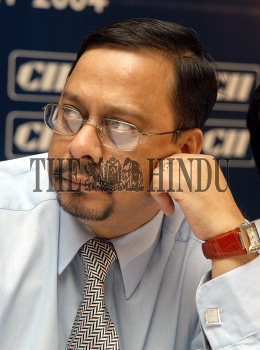 Caption : The President and CEO of RPG Enterprises, P.K. Mohapatra, during a discussion on the Union Budget 2004-05 organised by the Confederation of Indian Industry (CII) in Chennai on July 8, 2004. Photo: V. Ganesan