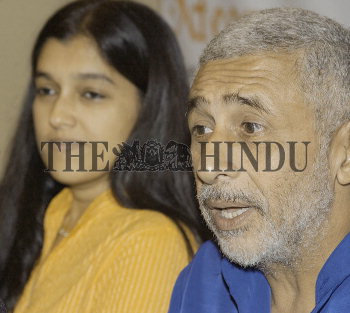 Caption : Noted film actor and theatre personality, Naseeruddin Shah, talks to the media about his latest play "The Prophet", in Kolkata on June 24, 2004, while taking part in the Odeon 2004 theatre festival organised by Hutch. Also seen is his wife and actress Ratna Pathak Shah. Photo: Sushanta Patronobish