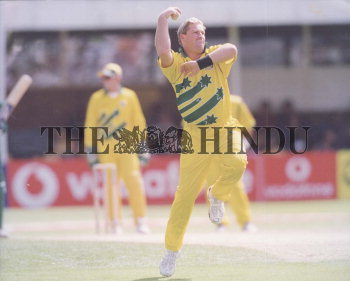 Caption : Australian bowler Shane Warne in action during the semifinal match between Australia and South Africa at Birmingham on June 17, 1999 in the Cricket World Cup 1999 held in England. Photo: V.V. Krishnan