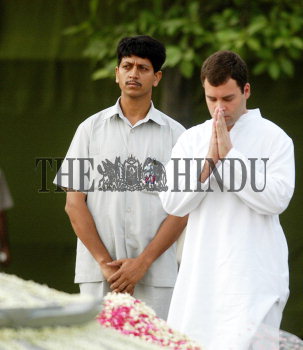 Caption : The Congress MP Rahul Gandhi, paying homage at the memorial of his father and former Prime Minister Rajiv Gandhi, on his 13th death anniversary in New Delhi, on May 21, 2004. Photo: Shanker Chakravarty