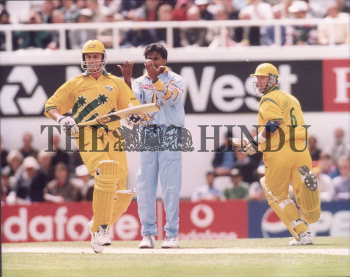 Caption : Australin batsmen Adam Gilchrist and Mark Waugh corss for a single in the Super Six match between Australia and India at The Oval on June 4, 1999 during the Cricket World Cup 1999 held in England. Photo: V.V. Krishnan