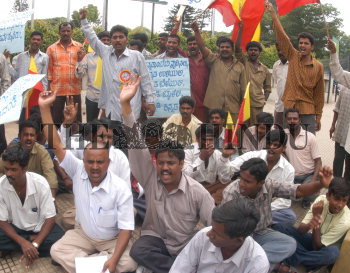 Caption : Kannada Jagrithi Sanga members stage a protest demonstration before the Gandhi statue in Bangalore on April 30, 2004 against the Ordinance of the State Government, to translate the Government Order into seven languages. Photo: K. Gopinathan