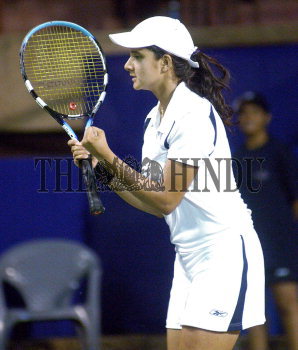 Caption : India's Sania Mirza, on her way to victory over Chia Jung Chuang,(Chinese Taipei) on the opening day of the Fed Cup Asia-Oceania group I Tennis Tournament at the R.K. Khanna stadium in New Delhi, on April 19, 2004. Photo: Sandeep Saxena