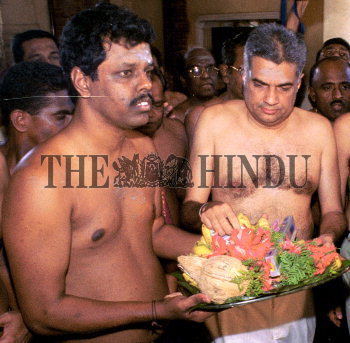 Caption : A file photo of the former Minister of Hindu Cultural Affairs, Mahesvaran, with the Prime Minister RANIL WICKREMESINGHE, at the Nallur temple in Jaffna. He was shot by unkonwn gunman at a political rally at Jinthupitiya, on March 27, 2004. Photo: Sriyantha Walpola