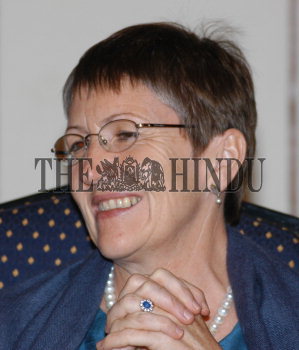 Caption : The Director of the British Council (South India), Eunice Crook, at the inaugural function of the Visakhapatnam chapter of the Association of British Scholars (ABS) in India on March 22, 2004. It is the 21st chapter of the ABS in India. Photo: C.V. Subrahmanyam