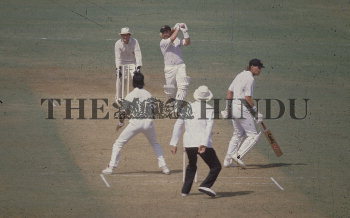 Caption : Australian batsman David Boon in action during his knock of 87 against New Zealand at Indore on October 18, 1987 during the Cricket World Cup held in India. Photo: N. Sridharan