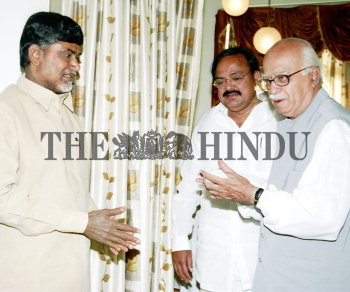 Caption : The Deputy Prime Minister, L.K Advani and BJP President, M. Venkaiah Naidu, with the Chief Minister, N. Chandrababu Naidu, when he called on them in Hyderabad, on March 17, 2004. Photo: H. Satish