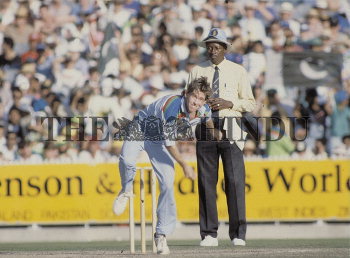 Caption : England bowler DERMOT REEVE after delivering the ball in the final against Pakistan at Melbourne during the Cricket World Cup 1992 held in Australia on March 25, 1992. Photo: N. Sridharan