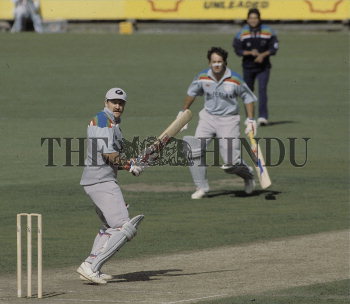 Caption : New Zealand batsman Mark Greatbatch looking at the direction of the ball in a match against India at Dunedin on March 12, 1992 during the Cricket World Cup 1992 held in New Zealand. Photo: N. Sridharan