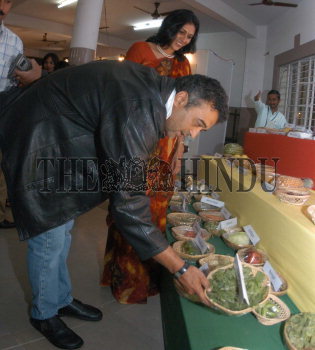 Caption : Actor-singer Lucky Ali, going through the exhibits at the exhibition on diabetes, organised by the Nova Nordisk Education Foundation in Bangalore, on March 6, 2004. Athlete Reeth Abraham is also seen. Photo: K. Gopinathan