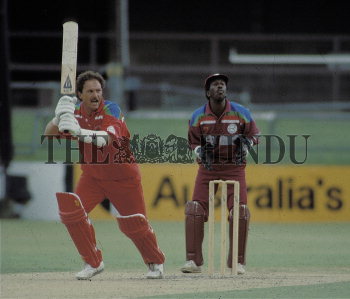 Caption : Zimbabwe captain Dave Houghton in action in a match against West Indies at Brisbane on February 29, 1992 during the Cricket World Cup 1992 held in Australia. Photo: V.V. Krishnan