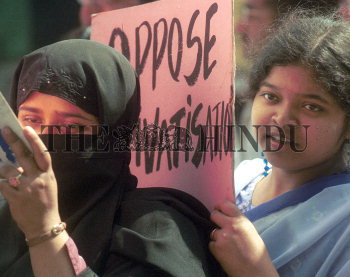 Caption : Students from various universities shouting slogans to protest against the privatisation and commercialisation of education during a rally in New Delhi, on February 24, 2004. They also demanded the repeal of the 'Model Act' for Universities. Photo: Ramesh Sharma