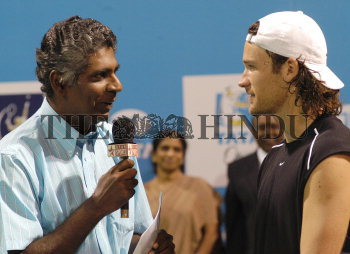 Caption : Vijay Amritraj talking with Carlos Moya, after his victory against Paradorn Srichaphan in the men's singles final of the Tata Open Tennis Championship in Chennai, on January 11, 2004. Photo: M.Moorthy.