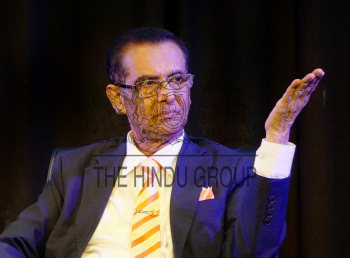 SIT FORMED TO PROBE INTO THE ALLEGED LAND GRABBING

Caption : Retired Judge Bhaskara Rao who is heading the SIT inspecting the arrangement at the VMRDA Children Arena, in Visakhapatnam on November 01, 2019. The SIT formed by the AP government to probe into the alleged land grabbing cases in Vizag began its operation by taking complaints from November 01. Photo: C.V. Subrahmanyam / The Hindu