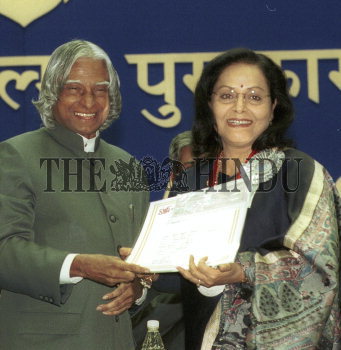 Caption : The President, A. P.J. Abdul Kalam presenting the award fpr the best supporting actress to Rakhee Gulzar for her role in 'Shubho Muhurat' at the 50th National Film Awards 2003 at Vigyan Bhawan in New Delhi on December 29, 2003. Photo: Shanker Chakravarty