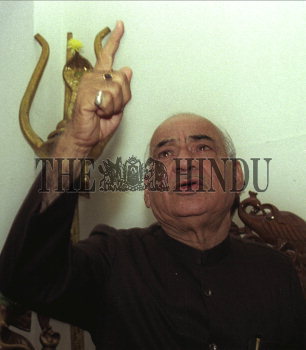 Caption : The Delhi BJP president and chief ministerial candidate, Madan Lal KHURANA, who won his seat from the Motinagar constituency, seen at his residence after the results were declared in New Delhi on December 04, 2003. The Congress party, led by the sitting Chief Minister, Sheila Dikshit, had a cleen sweep. Photo: Rajeev Bhatt