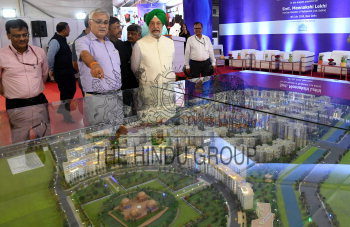 Caption : Hardeep S Puri, Minister of State (I/C) for Housing and Urban Affairs during handing over of possession to allottees of the new government flats at East Kidwai Nagar in New Delhi on July 04, 2018. Photo: Sandeep Saxena