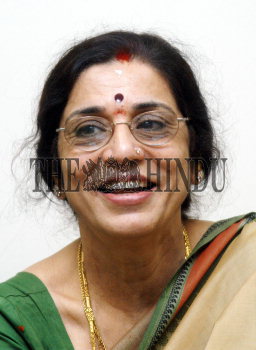 Caption : Ms. Ranjana Kumar, in a cheerful mood, after taking over as the Chairperson of the National Bank For Agriculture and Rural Development (NABARD) in Chennai on November 21, 2003. She started her career as a probationary officer in Bank of India in 1996 and became the Executive Director of Canara Bank until May 2000. Since June 2000, she had served the Indian Bank as the Chairperson and Managing Director. She has the distinction of being the first woman to head a nationalised bank in India. Photo : Bijoy Ghosh