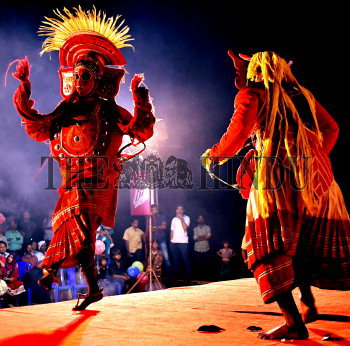 Caption : A scene from the Gantharvan Theyyam a folk dance staged at Kozhikode beach, Kerala on January 08, 2018 as part of Utsavam. The Kerala Folklore festival organised by DTPC. Photo: S. Ramesh Kurup