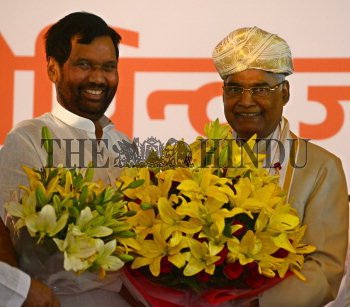 Caption : NEW DELHI, 20/07/2017: RAM Nath Kovind being greeted by Union Minister RAM Vilas Paswan after being elected as the President of India, in New Delhi on Thursday. Photo: Sandeep Saxena