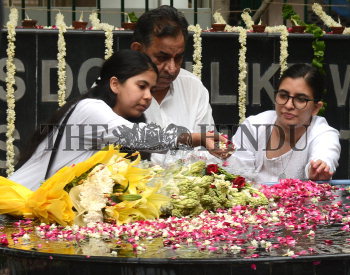 Caption : NEW DELHI 13/06/2017: Members of association of the victims of Uphaar tragedy paying homage to their loved ones during prayer meeting on its 20th anniversary, in New Delhi on Tuesday. Photo: Sandeep Saxena