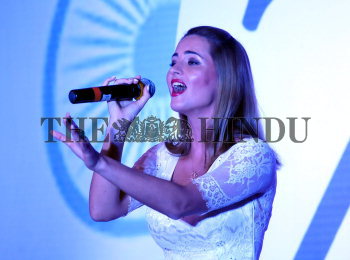 Caption : THIRUVANANTHAPURAM, KERALA, 12/04/2017: Russian Singer Iana Filippova perform at the anniversary of the Establishment of the Diplomatic Relations between Russia and India in Thiruvananthapuram on April 12, 2017. Photo: S. Mahinsha