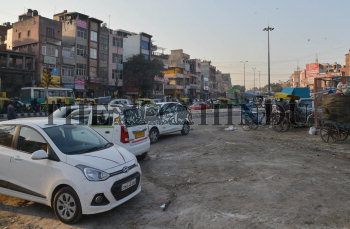 Caption : NEW DELHI, 10/01/2017: A scene in the evening after the garbage was cleared up near Mother Diary Area of East Delhi, as the EDMC workers called off their protest and resumed work, following their demand for wages met, on January 10, 2017. Photo : R. V. Moorthy