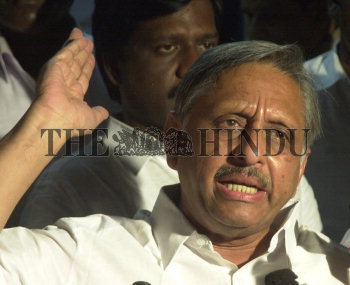 Caption : Mayiladuthurai MP, Mani Shankar Aiyar in Chennai on October 15, 2003. Mr. Aiyar was attacked at Vanchur, near Karaikal by a group of persons allegedly belonging to the AIADMK. He was attacked following a spat between Mr. Aiyar and the Chief Minister, at the Government function in Karaikal. Photo: K.V. Srinivasan.