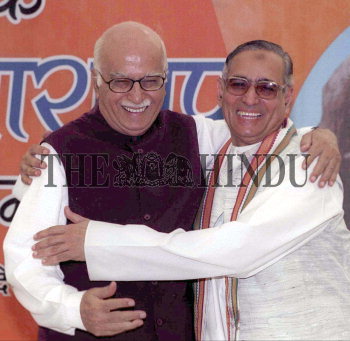 Caption : The Deputy Prime Minister, L.K.Advani, with the former Union Minister, Arif Beg of the Congress, who joined the Bharatiya Janata Party at a function to mark the 100th birth anniversary of Lok Nayak Jaiprakash Narayan, organized at the BJP headquarters in New Delhi on October 11, 2003. Photo: Anu Pushkarna