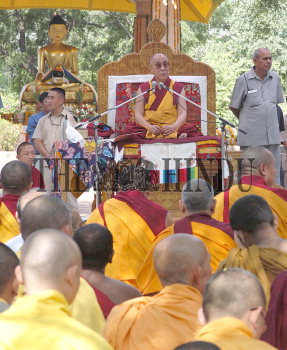 Caption : The Dalai Lama delivering a peace message during the festival of Sacred Chants and Singing on the 10th anniversary of the consecration of BUDDHA’s STATUE at the BUDDHA Jayanti Park in New Delhi on October 6, 2003. Photo: Kamal Narang