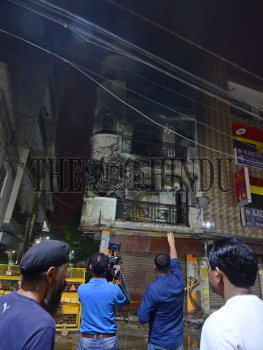 Caption : NEW DELHI, 18/04/2016: A scene at Sunlight Colony in Ashram area where a cylinder blast took place in which three people were killed and more then twenty people injured, in Delhi on April 18, 2016. Photo: Sushil Kumar Verma