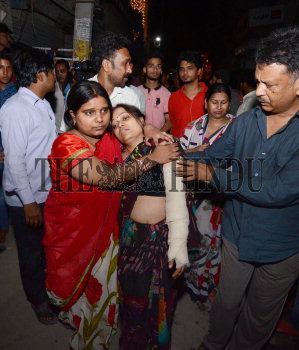 Caption : NEW DELHI, 18/04/2016: A one of the injured in Sunlight Colony cylinder blast at Ashram area in which three people were killed and more then twenty people injured, in Delhi on April 18, 2016. Photo: Sushil Kumar Verma