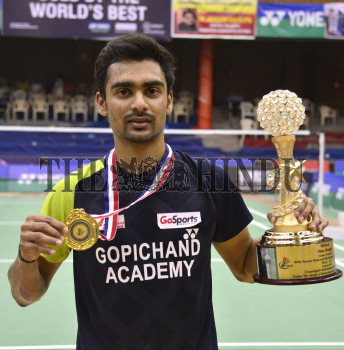 Caption : CHANDIGARH, 10/04/2016: Sameer Verma of Air India, who won the men's singles national title, celebrates with the trophy and a medal at the National badminton championship in Chandigarh on April 10, 2016. Sameer Verma defeated Sourabh Verma in the final. Photo: Akhilesh Kumar