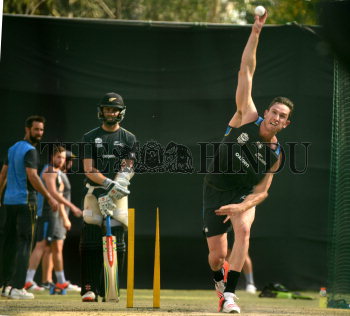 Caption : NEW DELHI, 29/03/2016: New Zealand captain Kane Williamson keenly watching Adam Milne bowling while others look on during practice session on the eve of their Semi Final match against England in the WT20, in New Delhi on Tuesday, March 29, 2016. Photo: Sandeep Saxena