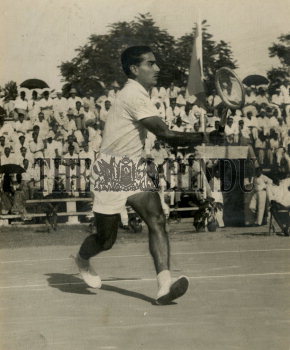 Caption : Naresh Kumar, who defeated Khong Kit Soon of Malaya in the Eastern Zone Davis Cup Tennis tournament, snapped in action at the Egmore Stadium in Madras on March 01, 1957. PHOTO: THE HINDU ARCHIVES