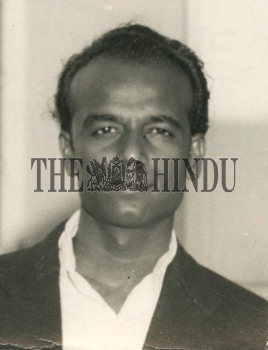 Caption : V.S. MURUGESH, member of Southern Railway team, which retained the title in the Inter Railways League Table Tennis tournament, in Madras on April 29, 1957. (Pubd. in The Hindu on May 01, 1957). PHOTO: THE HINDU ARCHIVES