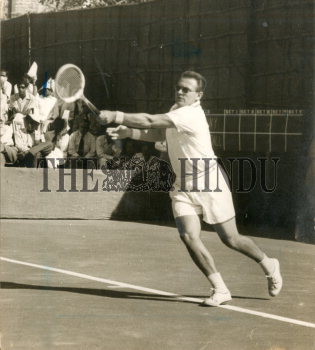 Caption : The immaculate Drobny won the men's singles title at the expense of Jack ARKINSTALL, in the Bombay State Tennis Championship on March 19, 1957. (Published in Sport And Pastime on March 23, 1957) PHOTO: THE HINDU ARCHIVES