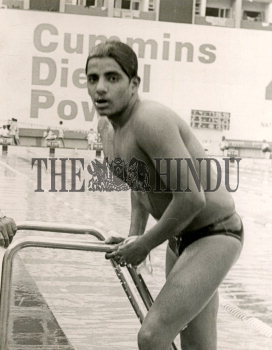 Caption : Rajiv Nagpal of Punjab (Police), who won the men's 1500m freestyle title, seen emerging from the pool after his victory during the National Aquatic Championship in Bombay on November 15, 1990. PHOTO: THE HINDU ARCHIVES