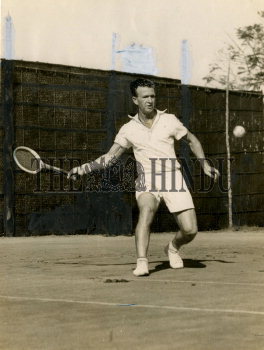 Caption : Jack ARKINSTALL, who beat Perry in the men's singles final of the All India Hard Court Tennis Championship at Egmore Stadium in Madras on January 30, 1956. PHOTO: THE HINDU ARCHIVES