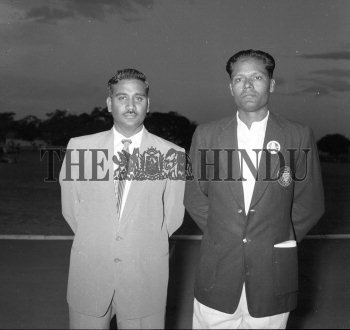 Caption : Rathinam (right) and Vetrivel, who were placed first and second in the N.G.O.'s revolver shooting event in the Madras State POLICE SPORTS MEET held in connection with the Madras POLICE Centenary celebration at the Rajaratnam Stadium in Madras on September 02, 1959. PHOTO: THE HINDU ARCHIVES