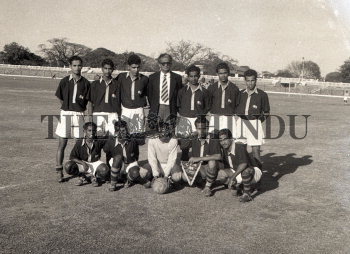 Caption : A group picture of the Ceylon football team taken before the start of the second "Test" match against Madras at the Corporation Stadium in Madras on March 18, 1956. Madras won by 3-1. PHOTO: THE HINDU ARCHIVES