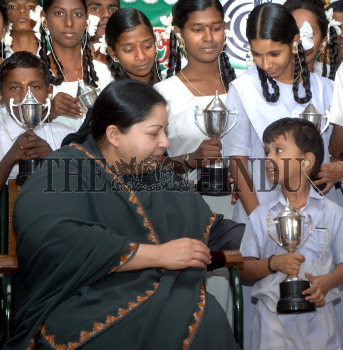 Caption : CHENNAI,17/1/2008: AIADMK General Secretary Jayalalithaa poses with prize winners during a function at the MGR Institute for Hearing Impared, on the occassion of MGR's 91st birth anniversary, at Ramavaram, near Chennai on January 17, 2008. Photo: V. Ganesan